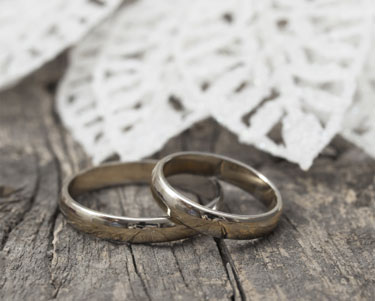 Marriage counseling is an option to consider if you’re having problems in your marriage that you don’t feel you can solve. Marriage and family therapists specialize in the treatment of problems that are common within the marriage including excessive fighting, lack of intimacy, and infidelity. If you’re curious about marriage counseling and whether it might work for your relationship, here’s what you need to know about the process.

When is It Appropriate to Seek Out Marriage Counseling?

For the past several decades, the statistic that half of all first marriages will end in divorce has remained fairly constant. It’s important for couples to seek marital counseling with a marriage therapist early when they start experiencing problems.

Marital strife that comes from years of fighting is exceptionally difficult to fix, and a marriage and family therapist might be the only way that two people can remember why they decided to get married in the first place.

Here are some warning signs that may indicate you should speak to a marriage counselor.

After the wedding bells ring, many couples discuss children and begin expanding their family. In some marriages, parents believe that staying together for the sake of the children is better than putting them through a divorce. Many people believe they can hide their problems from their children. However, children are smart and see more than we might believe.

Staying together for the children when problems between the parents aren’t resolved can actually hurt the entire family. Instead of trying to hide problems that will just get worse over time, it’s important to consider speaking with a marriage and family counselor. Ensure the children have the best chance of growing up in a happy home.

Men and women may approach problems and their solutions differently, and conflict in a marriage often gets worse when problems aren’t resolved promptly. Sometimes, a problem is just a problem, and an eventual solution does find its way into the relationship. However, frequent fighting and a lack of resolution may mean marriage counseling is a good idea.

For example, perhaps one person in the marriage doesn’t like the in-laws, and their yearly visits always cause fighting and anger. If this happens over and over again without resolution, it’s possible each person in the marriage is unwilling to listen to what the other has to say. This inability to step outside one’s own point of view is an important reason to consider marriage therapy.

It’s an amazing experience to marry the person you love who is also your best friend, but it can be heartbreaking to see that relationship crumble and turn into something that resembles living with a roommate in college. A common buzzword used today is that the “spark” has disappeared from the marriage. An unspoken problem could be causing the emotional deadening that might mean marriage counseling could offer a solution.

For example, maybe one person in the marriage has lost his or her job, and the event has taken a toll on his or her self-esteem. Rather than talking about it with his or her partner, there’s just a gradual withdrawal from emotional intimacy which eventually leads to a loveless or boring marriage.

When someone cheats in a marriage or long-term relationship, the results are devastating for everyone involved. Recovering from an affair is something that doesn’t happen in every marriage. Unfortunately, divorce is the only way some couples can cope with infidelity. There is no quick-fix for this situation, and it takes hard work to repair a marriage broken by infidelity.

There’s no guarantee that marital therapy will work when one or both partners has had an affair. It’s probably one of the most damaging events that can happen in a marriage. Lack of communication, anger, and a loss of intimacy can doom a marriage after infidelity, but a marriage may be salvaged by meeting with a marriage counselor.

It’s worthwhile to seek out a marriage and family therapist before problems get so bad that the only solution anyone can see is divorce. As an emotionally traumatic experience, divorce is something that no one believes will happen to them. Even couples who decide to sign prenuptial agreements want to believe that their marriage will last forever.

The concept of a temporary separation is one solution a couple may consider while working through their issues in couples therapy. A separation doesn’t always mean divorce is on the horizon. Time apart can allow wounds to heal and make it easier to talk about problems. However, it’s important that a couple actually works through those problems instead of just burying them after the separation is over.

How Can Christian Marriage Counseling Benefit a Couple?

Christian marriage counseling takes many forms, and often depends on a couple’s denomination and how they practice their faith in everyday life. A Christian counselor may take the form of a church pastor or reverend, as well as a mental health professional with university training in marriage and couples therapy.

Christian counseling often presents a Biblical worldview and seeks to use the redemptive work of Christ as a template for solving problems and treating couples. Christian therapy is a process that takes time, and marriage therapists help couples find love, harmony, faith, and commitment within their marriage. Practical solutions for marital problems are also discussed, particularly when there is Biblical guidance available on a particular subject.

Marriage is a big step in the evolution of a couple, and it often means significant changes like children and buying a house together. For some couples, pre-marriage counseling can make the transition to married life easier by strengthening the relationship prior to marriage. Marriage definitely takes work from both people in the relationship, and it’s important to learn how to communicate and solve problems before saying, ’till death do us part.

If you’ve started experiencing problems in your marriage, and you’re not sure how to get things back to the way they were before you started fighting, marriage counseling might be your next step. Contact Billy Grammer with questions about marriage therapy and how counseling may help you save your marriage.