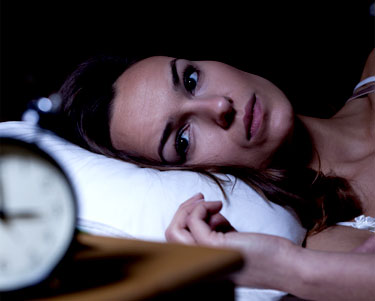 One of the most devastating events that can happen in a marriage is infidelity, and not all couples recover. Sexually inappropriate behavior can lead to feelings of betrayal, depression, and will certainly fuel anger a spouse might have for his or her partner. Affair recovery is possible, and it may be aided by help from a marriage and relationship counselor. Regaining broken trust isn’t something we do easily, and a professional family and marriage therapist can provide important support during the healing process.

Why Would Someone Forgive a Spouse After an Affair?

For many people, the thought of a spouse having an affair is one of the worst things that could ever happen in a relationship. However, it’s not uncommon for feelings of love and devotion to remain even after someone has had an affair. Affair recovery counseling is one of the best ways to ensure the healing process is successful.

It’s difficult to talk rationally with a partner after the discovery of infidelity, and couples counseling is helpful in that a therapist offers a safe, neutral space with a marriage counselor where the voices of both people in the marriage will be heard. Arguments after an affair can paralyze communication, and marital counseling can help.

What Will We Discuss in a Therapy Session?

One of the strengths of a counselor is that he or she can listen to the situation and provide many levels of support that range from constructive recommendations to the simple act of listening.

Some of the things you may discuss during affair recovery counseling include:

The reasons that led to an affair.

Sometimes, this information isn’t given freely, and it takes a few sessions for partners to begin opening up to one another. It’s difficult to think of the process of recovering from an affair as something that requires work from two people, but rebuilding a relationship takes communication and work from both sides.

Whether a substance abuse issue led to infidelity.

Placing the blame somewhere else for an affair, such as a substance abuse problem, isn’t the end of the story as far as recovery is concerned. Not only must the couple confront the affair, but treatment for substance abuse is also required.

Whether a sexual addiction is in play.

The reasons for an affair vary with each couple, but one problem is sexual addiction, which may lead a partner to stray. Men and women are each capable experiencing an addiction to sex, and it can destroy what might have been a healthy relationship at one time. Affair recovery might also require treatment for a sex addiction.

Why Do People have Affairs?

Discovery of an affair is an ugly time in a relationship, and it’s difficult for people to understand why anyone would have an affair unless they’ve experienced it in their own relationship. Unfortunately, there are many reasons why someone might choose to have an affair.

Some of those reasons include:

Some people may also decide to have affairs because of a desire for revenge. Others may end up having an affair because of an unquenched curiosity. What’s important about all of these reasons is that a couple is honest with one another when trying to fix the problem.

When is It an Affair?

Certain behaviors very obviously count as an affair, and there’s no question that someone has crossed the line. However, sometimes a partner might not realize that he or she has begun an affair because there is an assumption that an affair can’t happen unless sex is involved.

When does friendship turn into something more?

Answering this question is difficult because it requires communication, which might destroy a relationship. When is it the right time to reveal what may or may not be an infidelity? Even if a couple decides that an action wasn’t an affair, the dalliance could still damage the relationship.

A therapist is a powerful ally if you need help with your relationship. Learning how to recover from an affair isn’t something you should have to do on your own. Consider marriage counseling with Billy Grammer if your relationship is suffering because of an affair.